How to reference ‘et al’ in Harvard style

As you are probably aware in-text references are used to act as ‘bridge’ to the sources that you have cited in your reference list. To avoid making these ‘bridges’ too long due to a large number of authors for a given source we employ the use of the Latin word et al. But how do you reference ‘et al’ in Harvard referencing style?

A quick history lesson.  Et al. is short for ‘el alia’ that literally means ‘and the others’. So it is important that you use the full stop at the end to complete the abbreviation.

So we use et al. to indicate that there are three or four more authors other than the first surname that is given, e.g (Green et al., 2009). In this example we can go to the reference list to see the other authors.

It is generally agreed amongst universities that et al. is used when there are 4 or more authors. However for three authors there are two variations, one which uses et al. and the other that uses ‘and’ or “&”. We advise that you consult with your university or professor on which to choose. 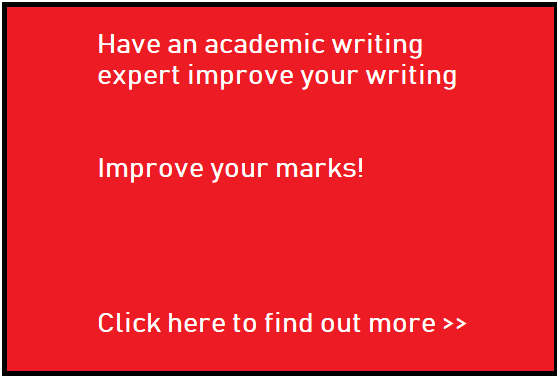 The first option is to include all of the surnames by alphabetical order, making sure to use commas, but put the ‘and’ or ‘&’ before the last surname.

To correctly illustrate the development of human nature it is necessary to look back into history (Brown, Greenson and Ramsey, 2009).

For the second option use just the first listed author’s surname followed by ‘et al.’ and then the year that the work was published.

Jordan et al. (2010) writes that the future of work is uncertain due to improvements in artificial intelligence.

To correctly illustrate the development of human nature it is necessary to look back into history (Brown et al., 2009).

Some in-text references will not include the full stop after et al. but we would advise that you avoid doing this.  Also observe that when et al. is used in the above non-integral reference (Brown et al., 2009) that there is a comma between the et al. and the date. This must be included.

A further thing to do is italicize et al. as it is a latin abbreviation.

For sources that have four or more authors you always resort to using et al.

When else do I use et al. in Harvard Referencing?

Et al. is not only used after a quote or a paraphrased text. You need to also include et al. should you adapt or copy a table, graph or some other former of visual material that has 3 or 4 more authors.

Should you use published works by the same four or more authors in the same year then you use the letters of the alphabet in ascending order to indicate to which source you are referring to in the reference list.

John et al. (2005a, 2005b) have commented that the value of a given material is determined by its rarity in the world.

Ensure that in the reference list that all the authors’ names are included in the same order that they are listed in the in-text reference.

To refresh your memory a secondary source is worked cited by another author within the resource/literature that you are using. You must also use et al. if the secondary source has 4 or more author.

Be careful of the following uses of et al.

Should you been reading an article that at the beginning quotes a line from a book with three authors but later paraphrases from the same book but instead uses et al. then you are seeing APA rule being applied with regards to et al.

In the APA rule book you list all three authors but in the second or following quotes on the first surname and then et al. is used.

This does not apply to Harvard referencing.

Cited sources with more than 4 authors must be done in the following way in the reference list:

‘I’ stands for initial.

Looking to improve your essay or dissertation? We are a team of expert editors based in London. Get a free quote for our proofreading service!

Why you needn’t be afraid of using custom writing services
Comments are closed.

Pay with debit/credit card with Paypal or Stripe

We take confidentiality seriously, read our privacy policy to find out how we keep your document safe and secure.

What Our Customers Say:

“I am very happy with your perfect work.I had sent my work before to somewhere else and I was totally unhappy. Now I feel like my work has been reviewed by an academic supervisor! Many thanks for your excellent professional and customer service.” – Maria Abdullah, Manchester.

“Thanks so much for the PhD proposal comments and proof reading, I am very happy.” – Catalina A, PhD student, King’s College London.

“Thank you so much for your corrections and comments. So far so good. Thank you for your thorough job. It’s good when someone else looks at the thesis with a fresh pair of eyes and corrects mistakes. I really appreciate it. Well done!” – Alizia P., Masters student, University of Westminster.

“Is not easy for me English and you help me alot with this work. I want thank you for this job which is great and I will tell my friends.” – Alfonso Gutierrez. University College London.

“I am a professional in the Resourcing field – I requested LondonProofreaders.co.uk to give my professional statement a cutting-edge finish. I would recommend their services to give your work a proper native English speaker shine! Thanks a lot! – Ana Parra, Resourcing Specialist, London.

“I just want to thank you and your team for your help and support. I really appreciate your effort and I really like the work after the correction” – Alp, London.

“Thank you very much this is perfect! I will definitely let my friends and colleagues know about you!” – Vittoria, London.

We are a professional UK proofreading and editing company and we use two proofreaders on every document. Our service goes beyond mere proofreading and includes editing for sentence structure, lexis, repetition and more.

© 2013 - 2019 | London Proofreaders is a trading name of MK Media Limited, a company registered in England and Wales.